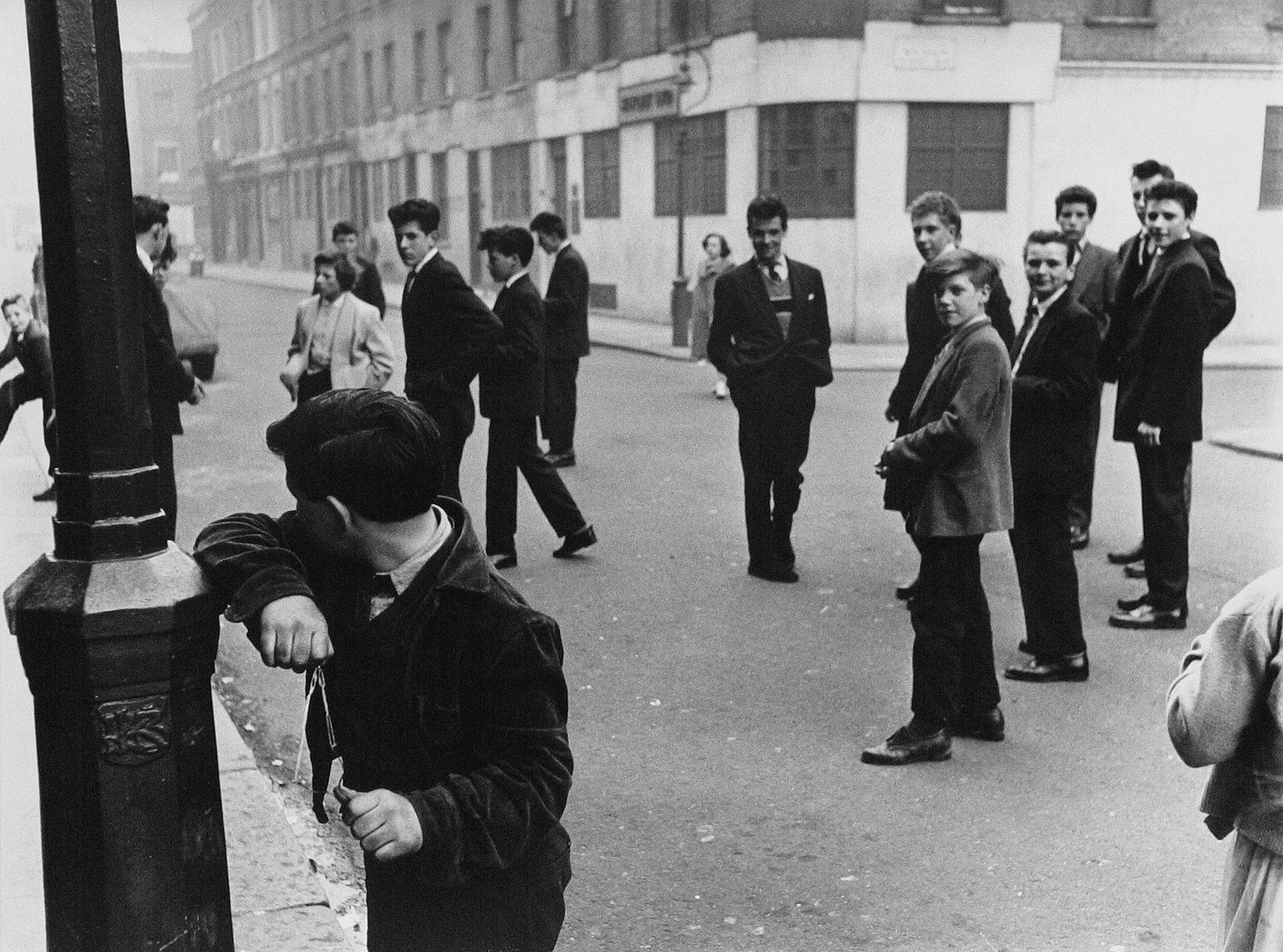 Gitterman Gallery is proud to present an exhibition of vintage photographs from the late 1950s through the early 1960s by British photographer, Roger Mayne (b.1929).  The exhibition will open on Thursday, April 15th from 6 p.m. to 8 p.m. and continue through Saturday, June 5th.

Roger Mayne’s most heralded body of work was generated during the five years (1956-61) he spent photographing the now demolished Southam Street in West London (W10).  His photographs of working class London, teddy boys, jiving girls, and kids playing football in the street have influenced generations of photographers in Great Britain.  Mayne’s honest and empathetic approach to photography is evident in the candid response from his subjects.  His choice to make some large scale prints (16x20” and 22x32”) was uncommon for the time and emphasized the immediacy of his expression.  The integrity of his work reflects the influence of Henri Cartier-Bresson, W. Eugene Smith and Paul Strand.

Mayne’s talent was recognized early in his career.  In 1951, the year he graduated from Balliol College, Oxford with a degree in chemistry, his documentation of a contemporary ballet was reproduced in Picture Post.  By 1954 his work was reproduced in Photography magazine and included in exhibitions at the Combined Societies (the Camera Clubs of Bristol and Hereford) as well as Dr. Otto Steinert’s Sujecktive Fotografie exhibition in Germany.  By 1956 he exhibited at the George Eastman House in Rochester, N.Y. and in London at the Institute of Contemporary Arts.  Also that year, The Observer and The Times Educational Supplement published his images on their front pages and covered his exhibition in London.  Mayne’s work has continued to be exhibited by museums and institutions internationally including the I.C.A. in London in 1978 and the Victoria and Albert Museum in 1986 (with a corresponding catalogue).  The Museum of Modern Art, New York and the Art Institute of Chicago acquired his work as early as 1956-1957.  Mayne’s work is now also included in the collections of the Victoria and Albert Museum, London; George Eastman House, Rochester; Metropolitan Museum of Art, New York; Los Angeles County Museum of Art, Los Angeles; Bibiliothèque Nationale, Paris; Museum Folkwang, Essen.