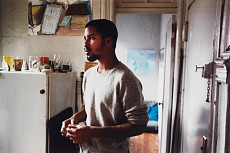 I first met Darrel Ellis in 1981. I was 30 and he was almost 23. He had just broken up with the actor José Rafael Arango and we were at an East Village neighbourhood gay bar called The Bar, at 2nd Avenue and East 4th Street, half a block from José’s apartment. The Bar had been in existence just a few years and had become a popular, low- key hangout with a pool table and jukebox, notable for the actors, artists, and writers who frequented it, including Peter Hujar, John Heys, Bill Rice, Jim Neu, Frank Franca, Bob Gober, Dieter Hall, Ken Tisa, Alvin Baltrop, Stephen Barker, and many others. That night at The Bar I brought Darrel home to my fifth-floor walk-up apartment in the West Village, which I shared with my roommate, an actress from Mississippi named Butch Walker. The bathtub was still in the kitchen. Our relationship started romantically but was very short-lived and quickly changed into a friendship.. 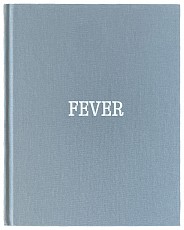 Allen Frame's Fever
Photographs from 1981 illustrate the artist’s archival care for his community.

...For Frame, this act of archival care carries special weight, since his own creative community’s legacy was disastrously impacted by the AIDS crisis. Curator and scholar Drew Sawyer sets the context for this body of work with his opening essay, focusing on Frame’s milieu and distinct use of color photography: “Part of the pleasure of these photographs for present-day viewers might come from recognizing well-known artists such as Robert Gober or Cady Noland. What made Frame’s psychologically imbedded pictures radical at the time was his use of color and his focus on the private lives of a queer community.” The photographs capture the moment, in the 1980s in downtown New York and Brooklyn, just before there was any awareness of AIDS, how it would remain ignored for so long, and how it would rip through the lives of those pictured. As Frame reflects in the monograph, “We were full of joy and hopefulness about our lives, about what we would accomplish creatively, about our close-knit relationships.”...

This Is Not a Fashion Photograph. Allen Frame

..."the pictures in Fever seem to draw upon an earlier influence: Italian postwar cinema, notably Michelangelo Antonioni. The looseness, spontaneity, and natural light in Frame’s work combines the immediacy of the snapshot with film’s wide-screen impact for a sense of emotional intimacy that’s contained but never cramped." 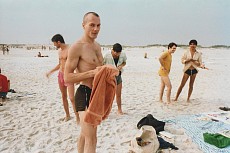 In 'FEVER,' Allen Frame's candid 1981 photos capture a time of hope and innocence—and they are all the more tragic for it

In a new book of color photographs, all shot in 1981, Allen Frame revisits a time that gave rise to an aesthetic that was distinctly New York. A circle of friends, many—though not all—gay men, made art at a specific moment in city’s history, though perhaps not what you’d expect. 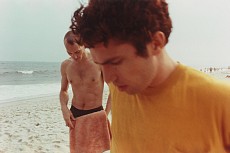 A new book and exhibition revisit downtown New York in 1981 and capture the face of a lost generation just before the pandemic struck.

...Frame’s photographs, which combine the immediacy of the snapshot with the timeless sensibilities of fine art, preserve the face of a lost generation. Here, we see a world filled with possibility and hope, the hallmarks of youth made all the more poignant by the sense that they cannot begin to imagine the terrors the future will hold. 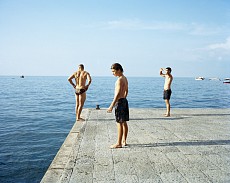 In my photographs there's an inherent reality that we see, real people in real situations, not actors in a film or play that I’m directing or writing. I acknowledge that reality, but of course, I shape it, with various decisions of framing, editing, sequencing. I want to acknowledge my subjectivity, too, my projections onto people and situations. What is exciting to me is the mixture of the two, the coming together of some "objective" reality and "subjective" experience. I title images with the actual subjects' names, the actual location, the actual date, but what seems to be going on in the photograph may not reflect the actual circumstances. 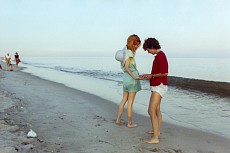 It was a time like our own. A young man comes to New York and wants to be an artist. A president wants to make America great. A doctor sounds an alarm. A health crisis looms, like an overture in a minor key, but everyone goes to a bar called the Bar and a gallery called Fun.

There was a difference between uptown and downtown then. Allen Frame had grown up in Mississippi and lived in Boston, and, in 1977, when his friends were moving to New York, he moved there too. After living in a gay rooming house in Brooklyn, he found a place downtown on Perry Street in the West Village. He cleaned apartments for enough cash to get by, and he didn't need much because rent was cheap. Frame had time for friendship, for art and sex. He met other gay men who were artists and writers, and each brought references and experiences and ambition to the scene. He had his first boyfriend. "It was like heaven," he said...

get your own copy of Aperture 241 HERE 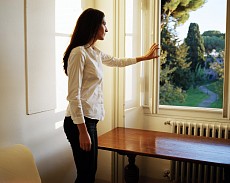 Two works in Allen Frame’s new show use vernacular photographs that he discovered during a recent year-long residency in Rome as the jumping off point for hybrid wall-filling installations that put the found images into dialogue with his own photographs. The open-ended mysteries of the anonymous vintage photographs offered Frame the opportunity to graft his own interpretations onto the scenes, and he then went on to expand those themes further, twisting past and present into intimately coupled meditations...

The subtle codes of human attraction that inform the two installations are generally absent from Frame’s larger color images. The pictures instead capture pauses – the in-between moments that happen just before and after something else. Ivana looks out of a widow that could be a painting of the Italian countryside, Ugo checks his phone as he walks down the repaired stairs of an older stone balcony, and Pietro sits on the edge of a swimming pool, looking to his right out of the frame. The photographs linger, and that slowness provides space for vicariously stepping into the lull.

In many ways, these pictures are all testing Frame’s ability to find a particular emotional pitch and stay there, allowing it to blossom and expand into something more complex and intricate. In each of these works/projects, he’s trying to capture invisible restlessness, and attempting to freight his understated scenes with a tiny slice of agitation. When he successfully plucks that string, his pictures shimmer with unseen vibrations.

WHAT WILL YOU REMEMBER?

In his three-part exhibit “Suddenly,” Allen Frame’s photographs in Italy build narrative fantasies that draw upon foreign films, theater, southern American literature and his 2018 year-long residency in Rome. Frame starts with and improvises on found Roman photographs from the 1960’s, adding his own scenes with characters who all seem to be anticipating or searching for something. The salon-style grouping “Giuseppe,” a seeming travelogue featuring a strapping sunbather and his friends, the elegantly subdued and ornately framed B&W series “Suddenly” (referencing Tennessee Williams’ 1958 play Suddenly Last Summer) and Frame’s single color photographs of individuals in sun-drenched recreational scenes, all feature a subtle homoerotic charge. With an adroit dichotomy of restrained, often pensive characters in bright, open compositions, Frame’s narratives tease like film stills, building suspense and desire.